The Depression hits Hollywood and those seeking stardom. Populated by shallow characters striving for fortune and fame. A good expose. Insightful for those aspiring toward an actor's life. Read full review

I could have sworn I'd read this book forty years ago, but reading it now disabused me of that notion. The early chapters seemed vaguely familiar, but soon the plot seemed totally new. I'm glad I I ... Read full review

Nathanael West was born in 1903. From 1924-1931 he lived in Paris where he wrote The Dream Life of Balso Snell. On his return to New York he became associate editor of the magazine Contact alongside William Carlos Williams. Towards the end of his life he worked on film scripts in Hollywood. He and his wife were tragically killed in a car accident in 1940. 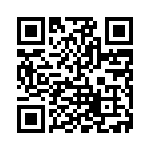