Robert Royalty is Associate Professor of Religion at Wabash College (Indiana, USA). He is the author of The Streets of Heaven: The Ideology of Wealth in the Apocalypse of John and scholarly articles on the New Testament and early Christianity. 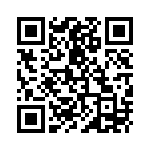