Dr. Jyoti Prakash Tamang is one of the leading researchers on fermented foods and beverages. He received the prestigious National Bioscience Award of Department of Biotechnology of Ministry of Science and Technology from the Government of India in 2005, and became a Fellow of Biotech Research Society of India in 2006. He has published more than 90 research papers in peer-reviewed international and national journals, in addition to his widely popular book Himalayan Fermented Foods: Microbiology, Nutrition, and Ethnic Values (CRC Press, 2010). Dr. Tamang is a Team Leader of Food Microbiology Laboratory at Sikkim Government College of Sikkim Central University in Gangtok.

Dr. Kasipathy Kailasapathy is an Associate Professor in the School of Natural Sciences at the University of Western Sydney in Hawkesbury, New South Wales, Australia. He is also the research leader for Probiotics and Encapsulated Foods Unit at the Centre for Plant and Food Science at the university. His research has focused on dairy fermented foods incorporating probiotic bacteria and prebiotic substances, health benefits, microencapsulation, immobilization of enzymes, active packaging, and bioactive peptides among others. Dr. Kailasapathy has received the prestigious Danisco International Dairy Science Award 2010 presented by the American Dairy Science Association honoring his international recognition as a world leading dairy scientist. 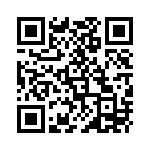