Tudor O. Bompa, PhD, revolutionized Western training methods when he introduced his groundbreaking theory of periodization in Romania in 1963. After adopting his training system, the Eastern Bloc countries dominated international sports through the 1970s and 1980s. In 1988, Dr. Bompa applied his principle of periodization to the sport of bodybuilding. He has personally trained 11 Olympic medalists (including four gold medalists) and has served as a consultant to coaches and athletes worldwide.

Dr. Bompa’s books on training methods, including Theory and Methodology of Training: The Key to Athletic Performance and Periodization of Training for Sports, have been translated into 17 languages and used in more than 130 countries for training athletes and educating and certifying coaches. Bompa has been invited to speak about training in more than 30 countries and has been awarded certificates of honor and appreciation from such prestigious organizations as the Argentinean Ministry of Culture, the Australian Sports Council, the Spanish Olympic Committee, and the International Olympic Committee.

A member of the Canadian Olympic Association and the Romanian National Council of Sports, Dr. Bompa is professor emeritus at York University, where he has taught training theories since 1987. He and his wife, Tamara, live in Sharon, Ontario.

Carlo Buzzichelli, AAS, is a professional strength and conditioning coach and the technical director of the Tudor Bompa Institute International. Carlo was a pupil of Tudor Bompa and is considered one of the foremost experts on strength training. Carlo has held seminars at various universities and sport institutes worldwide, including the Superior Institute of Physical Education and Sports of Camaguey in Cuba; the University of Makati in Manila, Philippines; the Superior Institute of Physical Education and Sports of Ciego de Avila in Cuba; the Universidade Paulista and the Olympic Center of Sao Paulo in Brazil; and the World Athletic Center in Arizona. In 2012 Carlo was a speaker at the International Workshop on Strength and Conditioning of Trivandrum in India. Carlo’s teams have conquered eight promotions and placed first and second in league cups. Carlo was a team coach in the World Track and Field Championships and Commonwealth Games. He has coached athletes who have won 17 medals at national championships in track and field, swimming, Brazilian jiu-jitsu, and powerlifting. His athletes have won two international golds in track and field and three silvers and one bronze in track and field and Brazilian jiu-jitsu; they also have set five national records in powerlifting. 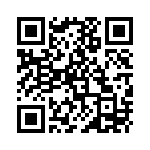