Abrol Fairweather is a lecturer in the philosophy department at San Francisco State University. He received his Ph.D. from the University of California, Santa Barbara. In addition to multiple articles, Abrol has edited four collections of papers related to virtue epistemology and intellectual
virtue, including Naturalizing Epistemic Virtue (CUP, 2014) with Owen Flanagan. His forthcoming book Knowledge and Dexterity (CUP, 2016) is co-authored with Carlos Montemayor and defends a theory epistemic agency utilizing recent research in the psychology of attention. 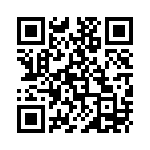