Started reading this all through, but fell off...great stuff, and he is a character for sure, will certainly be returning to this for reference. Read full review 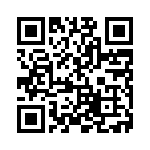