Unfinished manuscript applying Marxist principals to an analysis of nature unfortunately marred by overt claims of "freewill." The book contains one of the first speculations on biopoesis (origin of life from inorganic chemicals). Read full review 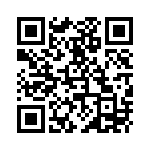