Sidney Hook, Professor Emeritus, New York University, is a Senior FelŁlow at the Hoover Institution on War, Revolution, and Peace at Stanford UniŁversity, and President of the John Dewey Foundation.

Jo Ann Boydston, General Editor of the Middle Works, is Director of the Center for Dewey Studies at Southern Illinois UniverŁsity at Carbondale. 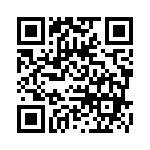