This book is another fun way to show some applied science. Students could take one mystery and discuss what they know about the reasons behind the answer to the mystery. Read full review

A bunch of two page mysteries, all centering around a single clue. If you've read his Encyclopedia Brown mysteries, you'll know a lot of these, and a number of them seem to be based around the idea ... Read full review

Donald J. Sobol was born in the Bronx, New York on October 4, 1924. During World War II, he served in the Army as a sergeant in a combat engineer battalion in the Pacific. He received a B.A. degree from Oberlin College. He worked as a copy boy and then a reporter at The New York Sun and The Long Island Daily Press. In 1959, he began writing a syndicated fiction column called Two-Minute Mysteries. He is the creator of the Encyclopedia Brown series. His first book, Encyclopedia Brown, Boy Detective, was published in 1963. During his lifetime, he wrote more than 80 books. In 1976, he won an Edgar Award from the Mystery Writers of America for the Encyclopedia Brown series. He died from gastric lymphoma on July 11, 2012 at the age of 87. 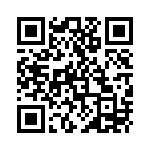