S. J. McGrath is assistant professor of philosophy atMemorial University of Newfoundland and the author ofThe Early Heidegger and Medieval Philosophy:Phenomenology for the Godforsaken. 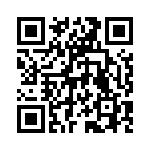