William Sheridan Allen (1932-2013), a distinguished scholar of German history, traveled to the small town of Northeim in the 1950s to investigate the true nature of the Nazi Party's rise to power. There he conducted an exhaustive study of local newspapers, periodicals, reports, budget information, crime statistics, and court cases dating from 1922-1945. The Nazi Seizure of Power synthesizes Allen's research. Allen also edited and translated The Infancy of Nazism: The Memoirs of Ex-Gauleiter Albert Krebs, 19232-1933. 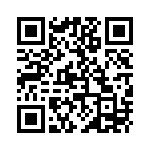