About the authors Samuel J. Williamson is presently a professor of physics at New York University. He was awarded his Sc.D. degree from Massachusetts Institute of Technology in 1965 and has done extensive research in low temperature physics, particularly magnetism and super conductivity and neuromagnetism--the study of the magnetic field of the human brain. Herman Z. Cummins is a Distinguished Professor of Physics at City College of New York, Cuny. He received his Ph.D. from Columbia University in 1963 and has done research work in optics, solid state physics, and biophysics. 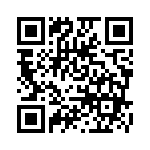