The Devil's Chessboard I found to be an extremely compelling read (listen). The book is long but once it gets going I never even remotely approached losing interest. The author is a gifted writer and ... Read full review

Finished The Devils Chessboard: Allen Dulles, The CIA and The Rise of America's Secret Government by David Talbot. First let me say I enjoyed it and would have given it 4 stars except that in the last ... Read full review

David Talbot is the author of the New York Times bestseller Brothers: The Hidden History of the Kennedy Years and the acclaimed national bestseller Season of the Witch: Enchantment, Terror, and Deliverance in the City of Love. He is the founder and former editor in chief of Salon, and was a senior editor at Mother Jones and the features editor at the San Francisco Examiner. He has written for The New Yorker, Rolling Stone, Time, The Guardian, and other major publications. Talbot lives in San Francisco, California. 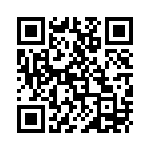