Seth D. Kunin is the head of the School of Divinity, Religious Studies, and Philosophy at the University of Aberdeen. He is coeditor of A Companion to Religious Studies and Theology; editor of Judaism: Themes in Religious Studies; and author of God's Place in the World and The Logic of Incest: A Structural Analysis of Hebrew Mythology. 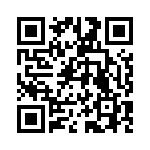