Page 36 - The teachers of the doctrine which contains this instruction, in the same manner as other teachers, may either depend altogether for their subsistence upon the voluntary contributions of their hearers ; or they may derive it from some other fund to which the law of their country may entitle them ; such as a landed estate, a tithe or land tax, an established salary or stipend.
Appears in 27 books from 1801-2008
Page 36 - ... his own priest and his own religion as he thought proper. There would in this case, no doubt, have been a great multitude of religious sects. Almost every different congregation might probably have made a little sect by itself, or have entertained some peculiar tenets of its own.
Appears in 16 books from 1811-2008
More
Page 36 - ... themselves upon their benefices, had neglected to keep up the fervour of faith and devotion in the great body of the people ; and having given themselves up to indolence, were become altogether incapable of making any vigorous exertion in defence even of their own establishment.
Appears in 35 books from 1801-2008
Page 28 - Robert Wuthnow, The Restructuring of American Religion (Princeton: Princeton University Press, 1988).
Appears in 74 books from 1986-2008
Less

Jeffrey Kopstein is Professor of Political Science and Director of the Centre for European, Russian, and Eurasian Studies at the University of Toronto. He is the author of The Politics of Economic Decline in East Germany 1945–1989, and coeditor of Comparative Politics: Interests, Identities, and Institutions in a Changing Global Order.

Professor Sven Steinmo holds the Chair in Public Policy and Political Economy at the European University Institute (EUI) in Florence, Italy. He is also a Professor at the University of Colorado, Boulder, and an Honorary Professor at Odense University, Denmark. His writing includes Taxation and Democracy (Winner, 1994 Best Book Prize, Political Economy Section of the American Political Science Association), Structuring Politics (coedited with Kathleen Thelen), and Political Evolution and Policy Change (coedited with Bo Rothstein). 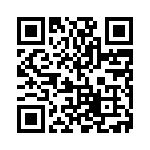