This is one of those books where the sub-title is an example of truth in advertising, as the author examines the reign of terror wrought by men such as Roman Ungern-Shternberg and Grigorii Semenov ... Read full review

Jamie Bisher has two decades of experience in technical writing, editing, research and analysis for U.S. defense programs such as the TACAMO EC-130 strategic communications aircraft, Navy satellite communications, Mobile Inshore Undersea Warfare, and Standard Missile, as well as various foreign military projects. At present he is a Senior Engineering Writer for a defense electronics firm in Maryland, where he also teaches English to immigrants in night school. His fascination with Russia dates back to his first visit to the Soviet Embassy in Washington in 1968, when he was 11 years old. 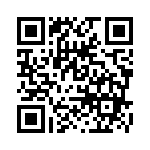