Rainer Forst is professor of political theory and philosophy at Goethe University in Frankfurt am Main, Germany, and director of the research cluster on the "Formation of Normative Orders." He is the author of Contexts of Justice: Political Philosophy Beyond Liberalism and Communitarianism; Toleration in Conflict: Past and Present; Justification and Critique: Towards a Critical Theory of Politics, and coauthor, with Wendy Brown, of The Power of Tolerance: A Debate. In 2012 he received the Gottfried Wilhelm Leibniz Prize, the highest honor awarded to German researchers.

Jeffrey Flynn is assistant professor of philosophy at Fordham University. 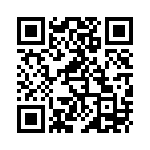