Richard Grudens was initially influenced by Pulitzer Prize dramatist Robert Anderson; New York Herald Tribune columnist Will Cuppy; and detective/mystery novelist Dashiell Hammett, all whom he knew in his early years. Grudens worked his way up from studio page in NBC's studios in New York to news writer for radio news programs, the Bob and Ray Show and the Today Show. He has written over 100 magazine articles on diverse subjects from interviews with legendary cowboy Gene Autry in Wild West Magazine in 1995 to a treatise on the Beach Boys in the California Highway Patrol Magazine, and countless articles on Bing Crosby and Bob Hope. Richard Grudens and his wife Madeline, reside in St James, New York. 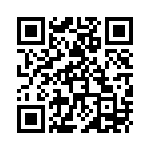