Jim Parry is Senior Lecturer in the Department of Philosophy at Leeds University. He is the co-author of The Olympic Games Explained and co-editor of Ethics and Sport (both published by Routledge). 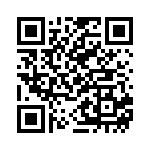