Jeff Good is Associate Professor of Linguistics at the State University of New York, Buffalo. He received a B.A. and M.A. in Linguistics from the University of Chicago and a Ph.D. from the University of California, Berkeley, and then held a postdoctoral appointment at the Max Planck Institute for Evolutionary Anthropology. In addition to his work at Buffalo, he has taught at the University of Pittsburgh and the University of Leipzig. His current research interests include the morphosyntactic typology of linear relations, the comparative morphosyntax of Niger-Congo, the documentation and description of Bantoid languages of the Lower Fungom region of Northwest Cameroon, and the role of emerging digital methods in language documentation. Among his publications are the edited volume Linguistic Universals and Language Change (2008) and A Grammar of Saramaccan Creole (co-authored with John McWhorter, 2012). He has additionally published in Language, Morphology, Diachronica, Studies in Language, the Journal of Pidgin and Creole Languages, and Language Documentation and Conservation. His research has been supported by grants from the US National Science Foundation and National Endowment for the Humanities, the Endangered Languages Documentation Programme, and the Endangered Archives Programme. He is currently co-editor of Language Dynamics and Change. 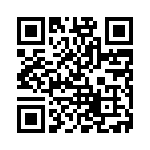