Documentary producer and director Tudahl draws on unlimited access to studio archives and interviews with Prince’s music associates and friends to produce this meticulously detailed chronicle of ... Read full review

I loved the book and actually did not want it to be over. What a great inside look at how recordings are done, the process of what to use on an album - plus manage the feelings and emotions of the staff and those other musicians. The schedules were so intense that after reading the first month, I had to take a nap. I felt like I was there with them, which is a testament to the writing.
On a personal note, some information missing from my life due to trauma was replaced by being able to read the dates that I attended two Prince concerts during that time - being as I live in Washington DC. I knew I had been there but the dates were lost. Thanks for that, Duane.
I sincerely do not know how they kept up that pace, especially him, since he was involved in other groups, and the music would not stop in his head. How did he find the time to do all of that?
I digress.
I especially enjoyed the book the way it was chronicles by months and dates. The flow was incredible. The logs of rehearsals and use of studio time was informative as well.
Job well done!
*Negative: now there is a paperback with even more stories. Are we supposed to buy the book and read it again to get the extra stories? I don't like that, and it's not fair to those of us who purchased the book already in hard cover.

Duane Tudahl has worked in entertainment for over twenty-five years and has produced and/or directed documentary programming for the History Channel, CBS, GTV, Fox, Discovery, Pax, the Gospel Music Channel, the Food Channel, Tru-TV, and HGTV, among others. He has also been an editor on multiple Emmy-nominated programs, including Intervention, Unsolved Mysteries, and Cops. He is a former stand-up comic and has been writing about Prince and the Minneapolis music scene for two decades. 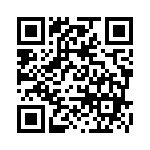