The thing I like about reading a classic like this for the first time, while having encountered all its fame in other forms, is that I know something delightfully creepy is going down--you know what ... Read full review

His face was a strong,very strong, aquiline, with high bridge of the thin nose and peculiarly arched nostrils, with lofty domed forehead, and hair growing scantily round the temples but profusely ... Read full review

Bram Stoker was born in Dublin, the son of a civil servant. Although a semi-invalid as a child, he went on the gain a reputation as a fine athlete at Trinity College, where he also excelled in mathematics and philosophy. Stoker worked as a civil servant and a journalist before becoming the personal secretary of the famous actor Henry Irving. He also wrote 15 works of fiction, only one of which is very memorable - Dracula (1897). This work, involving hypnotism, magic, the supernatural, and other elements of gothic fiction, went on to sell over one million copies and is still selling strongly today. So well known has his fictional character become that today it is possible to visit the castle of Count Dracula in the Transylvanian region of Romania, a country that Stoker never visited. Several film versions of the story, both serious and comic, have made Stoker's work a part of modern mythology. His novel The Lair of the White Worm (1911) has also been made into film. It and the novel The Lady of the Shroud are, like Dracula, fantastic tales of horror.

Nina Auerbach is John Welsh Centennial Professor of History and Literature and Professor of English at the University of Pennsylvania. She is the author of Communities of Women: An Idea in Fiction ; Woman and the Demon: The Life of a Victorian Myth ; Romantic Imprisonment: Women and Other Glorified Outcasts ; Ellen Terry, Player in Her Time ; Private Theatricals: The Lives of the Victorians ; and Our Vampires, Our Selves . She is co-editor, with U. C. Knoepflmacher, of Forbidden Journeys: Fairy Tales and Fantasies by Victorian Women Writers .

David J. Skal is a respected scholar of all things macabre. A frequent talk-show guest and lecturer, his many media appearances include "The CBS Evening News," " Joan Rivers," "Charlie Rose," and NPR's "All Things Considered." He is the author of The Monster Show, Hollywood Gothic, and Dark Carnival. He has written, produced and appeared in a variety of film and television documentaries on occult and pop-culture subjects. 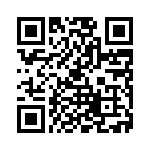