31 pages matching standing in this book

I loved this book. Loved the story, the writing and poetic flow. I picked this book because I seen on Ellen that there was a movie coming out by this name and figured ah just for the heck of it I'll ... Read full review

WHITE BIRD IN A BLIZZARD

Poet Kasischke's second novel (after Suspicious River, 1996) is a mix of the fine and the irritating that glides slowly downward to an airy nothing. Life in suburban Garden Heights, Ohio, becomes at ... Read full review 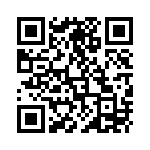