Jane Caro was born in 1957 in London. She attended Macquarie University, where she graduated with a Bachelor of Arts with a major in English literature in 1977. She soon moved into the field of advertising. She appeared on the T.V. show Sunrise, ABC television's Q&A and as a regular panelist on The Gruen Transfer. Caro has worked in the advertising industry and lectures in advertising at the School of Humanities and Communication Arts at University of Western Sydney. She is an author. Her books include The Stupid Country: How Australia is Dismantling Public Education, along with Chris Bonnor, The F Word. How we learned to swear by feminism, along with Catherine Fox, Just a Girl, What Makes a Good School? Along with Chris Bonnor and, with Pan Macmillan, For God's Sake! An atheist, Christian, Jew and Muslim battle it out, along with Antony Lowenstein, Simon Smart and Rachel Woodlock, and her memoir Plain-speaking Jane. In 2018, she won the Walkley Foundation's Women's Leadership in Media Award for the nonfiction book she edited Unbreakable: Women Share Stories of Resilience and Hope. 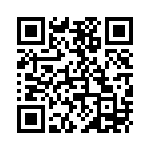