Born in Budapest in 1929, Imre Kertész was imprisoned at Auschwitz in 1944, and then at Bunchenwald concentration camp. After the war and repatriation, the Soviet seizure of Hungary ended Kertesz's brief career as a journalist. He turned to translation, specializing in German language works, and later emigrated to Berlin. Kertesz was awarded the Nobel Prize for literature in 2002 for "writing that upholds the fragile experience of the individual against the barbaric arbitrariness of history. 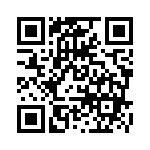