The three pigs escape the wolf by going into another world where they meet the cat and the fiddle, the cow that jumped over the moon, and a dragon. They help some of the characters that are in trouble. In the end, one friend they met helps them to change the old familiar ending to their story. Read full review

A fun take of the the traditional three little pigs. The pigs get blown out of the story, and the third wall is broken. The pigs go traveling through other stories, collecting friends along the way. Read full review

David Wiesner's interest in visual storytelling dates back to high school days when he made silent movies and drew wordless comic books. Born and raised in Bridgewater, New Jersey, he graduated from the Rhode Island School of Design with a BFA in Illustration. While a student, he created a painting nine feet long, which he now recognizes as the genesis of Free Fall, his first book of his own authorship, for which he was awarded a Caldecott Honor Medal in 1989. David won his first Caldecott Medal in 1992 for Tuesday, and he has gone on to win twice more: in 2002 for The Three Pigs and in 2007 for Flotsam. He is only the second person in the award's history to win the Caldecott Medal three times. David and his wife, Kim Kahng, and their two children live near Philadelphia, where he devotes full time to illustration and she pursues her career as a surgeon. 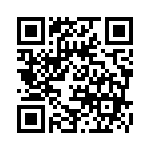