DAVID WRIGHT (1920-1994) was born in South Africa and died in England. He was a poet who drew inspiration from Beowulf and The Canterbury Tales, both of which he translated into modern English. 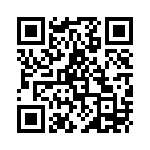