A fantastic cooking tutorial with great step-by-step photographs which highlight the cooking process for the non-culinary-school educated among us. Highly recommended. I use this reference frequently. Read full review

Peterson is a cooking teacher and author of more than a dozen other cookbooks, includingEssentials of Cooking and WhatĂƒÂŻĂ‚ÂżĂ‚Â˝s a Cook To Do? His big, new book, which includes 600 recipes and more ... Read full review

JAMES PETERSON is an award-winning cookbook writer and cooking teacher, whose career began as a young cook in Paris. In the mid-eighties, he was a partner and cook at the Greenwich Village restaurant Le Petit Robert. A cooking teacher for over two decades, teaching at Peter Kump's New York Cooking School and at the French Culinary Institute, he is the author of 13 books, including Sauces, which was his first book and the 1991 James Beard Cookbook of the Year. A self-taught food photographer, James creates the photography for his own books as well as for others' projects. He lives in Brooklyn, New York. 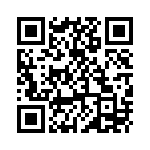