I've been reading this aloud to my grandmother, who was born just 21 years after the time the book is set. Having grown up in Texas, this book could have been about her mother. Both my parents have enjoyed listening in as I read, as the story is just as entertaining for adult audiences as it is for 'tweens and teens, and has elicited quite a few chuckles of appreciation.

A well-written book filled with charming quirky characters, and important social issues for the characters and their community to face at the turn of the last century. But, sadly, there is no real tension, challenge or catharsis to drive the plot forward. The title heroine, 11-year-old Calpurnia, struggles a little with her personal rebellion against the traditional role for women in 19th Century society, but she never gets to the point where she must faces the consequences of that rebellion, and either win or resign to the role others expect of her. The light-hearted quirky characters and lack of dramatic tension reminded me a lot of Alexander McCall Smith's Ladies Detective Agency series.

Jacqueline Kelly won the Newbery Honor for The Evolution of Calpurnia Tate, her first book. She was born in New Zealand and raised in Canada, in the dense rainforests of Vancouver Island. Her family then moved to El Paso, Texas, and Kelly attended college in El Paso, then went on to medical school in Galveston. After practicing medicine for many years, she went to law school at the University of Texas, and after several years of law practice, realized she wanted to write fiction. Her first story was published in the Mississippi Review in 2001. She now makes her home with her husband and various cats and dogs in Austin and Fentress, Texas. 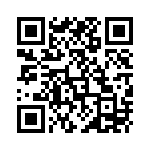