Named by the Atlantic as one of the hundred most influential figures in American history, and by Time and Life magazines as one of the hundred most influential Americans of the twentieth century, RALPH NADER and the dozens of citizen groups he has founded have helped us drive safer cars, eat healthier food, breathe better air, drink cleaner water, and work in safer workplaces. Nader continues to be a relentless advocate for grassroots activism and democratic change. With Animal Envy, he is raising the stakes yet again with a book that could restore America to itself once and for all. 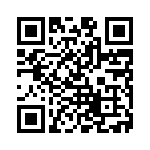