A history of the operations of the van Sweringen brothers, who at their peak in 1929-1930 ran a vast railroad, mass transit and real estate empire from their (then brand-new) landmark Cleveland Union ... Read full review

Mr. Harwood takes a very interesting subject - the lives of the Van Sweringen brothers - and makes it dry as dust. One coan see the bones of a good story, but it never made it. That it's non-fiction is absolutely no excuse. Read full review

Barbara G. Hoffman is Associate Professor of Anthropology at Cleveland State University. She is author of many essays on Mande culture and producer of ethnographic videos on East and West African cultures. She is known to the Mande griot community as Jeli Jeneba Jabate. 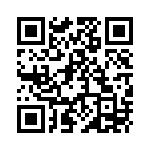