"Courage and honor and pride, and pity and love of justice and of liberty. They all touch the heart, and what the heart holds to become truth, as far as we know truth." The story of a boy, Isaac, who ... Read full review

William Faulkner (1897-1962) is widely regarded as one of the greatest of all American novelists and short-story writers.  His other works include the novels The Sound and the Fury, The Reivers, and Sanctuary.  He twice won the Pulitzer Prize for Fiction and in 1949 was awarded the Nobel Prize in Literature. 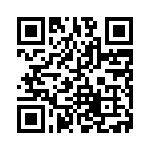