I is very hard to produce/interoduce an film star shyam and playback singer like mohammad rafi in the indian or sucontinent for centuries. looking at present and even in the past from 1947 to 1951, no hero even Dilip Kumar, Dev Anand, Wasti, Kiran Dewan, Rehman, Eshwarlal, Motilal,Raj Kapoor, Nazir, Santosh Kumar, Zahoor Raja, Ashok Kumar.V. Shantaram who were there in the industry but have not acted as many as films which shyam acted in 30 film in four years. He was a real actor and was blessing to the industr, On the whole HE WAS A TALL; HANDSOME ; WELL BEHAVED AND EDUCATED PERSON IN THE FILM LINE OF THAT ERA.

A great Article on Super Star Rajesh Khanna
Rajesh Khanna - Indian Cinema’s first Super Star :Super Star Rajesh Khanna: No rise or fall of a star has been as been quite as dramatic or spectacular as that of Super Star Rajesh Khanna. From 1969 to till date (2011), the Super Star Rajesh Khanna phenomenon swept Bollywood off its feet and the hysteria he generated was unlike anything seen before and after. As superhit followed superhit and women all over the country swooned over him, Rajesh Khanna admitted feeling ‘next to God.’ In fact, Rajesh Khanna could perhaps be called Hindi Cinema’s first superstar. Birthday: 29th December, 1942 in Amritsar. Debut Film: Aakhri Khat (1966). Major Impact: Baharon Ke Sapne (1967). Successful Films: Aurat (1967), Khamoshi (1970), Aradhana (1969), Sachaa Jhutha (1970), Do Raaste (1969), Bandhan (1969), Doli (1969), Ittefaq (1969), Safar (1970), Anand (1970), Andaaz (1971), Kati Patang (1970), Amar Prem (1971), Bawarchi (1972), Namak Haram (1973), Avishkaar (1973), Daag (1973), Aap ki Kasam (1974), Prem Nagar (1974), Roti (1974), Amardeep (1979), Thodi si Bewafai (1980), Agar Tum Na Hote (1983), Avtaar (1983), Souten (1983). Awards: Three times winner of the Filmfare Best Actor Award. He was originally Jatin, an orphan, born on 29 December 1942 in Amritsar, Punjab, India. He was adopted by the Khanna family. When Jatin took an interest in acting, his foster father disapproved, however, Jatin persisted and won the Filmfare Talent Contest in the early 1960s. Rajesh also had a brief stint as a politician and was elected Member of Parliament for a 5 year term from 1991 through to 1996 representing New Delhi as his constituency. He also starred in 3 movies during this period. He does continue to appear on the tinsel screen as a character actor, often playing the part of a parent of the leading woman/man. Rajesh also appeared in two serials ‘Ittefaque’ and ‘Apne Paraye’ on television during 2001-02 and raghukul reet sada chali aai- mega tv serial in DD 1 2009. He was the winner of six awards and was nominated for about a dozen. Enjoyed a godlike status in his prime time (early 70s) with female fans writing letters in blood to him. The hysteria was unique till ‘Shah Rukh Khan’ ‘exploded’ in early 1990’s and created a comparable mania. He recommended actor Jeetendra to go into movies. He is a life member of International Film And Television Research Centre and International Film And Television Club Of Asian Academy Of Film And Television. Known as the first Superstar of Hindi Cinema. He formed a great team with Singer Kishore Kumar and Music Director R D Burman and together they have given such songs and his movies which are immensely popular even today.

Vijay Mishra is Professor of English and Comparative Literature at Murdoch University, Perth, Australia. He is author of The Gothic Sublime. 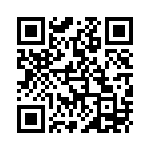