David Farrel Krell is Professor and Chair of Philosophy at DePaul University and author of Postponements: Woman, Sensuality, and Death in Nietzsche (1986) and Of Memory, Reminiscence, and Writing: On the Verge (1990). He is also the editor and translator of Heidegger's four-volume Nietzsche, Early Greek Thinking, and Basic Writings (1979). 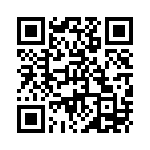