Lü Daji (1931 - 2012) was a Senior Research Fellow of Religious Studies at the Institute of World Religions, Chinese Academy of Social Sciences (CASS). He was a leading Marxist scholar and published numerous monographs and articles on religion.

Gong Xuezeng is Professor of Religious Studies at the CCP's Central Party School. He has published dozens of books devoted to topics such as relations existing between religion and socialism and roles religion plays in China's peaceful development.

Thomas David DuBois is Senior Research Fellow in Chinese history at the Australian National University. He is author of Sacred Village: Social Change and Religious Life in Rural North China (Hawaii, 2005), and Religion and the Making of Modern East Asia (Cambridge, 2011), and has also written on the economic, legal and social history of the Chinese northeast. 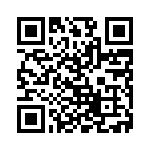