Lin Foxhall is Professor of Greek Archaeology and History at the University of Leicester. She has worked in Greece and southern Italy and currently co-directs a field project in Calabria. She has written extensively on agriculture, land use and gender in classical antiquity. Her publications include Olive Cultivation in Ancient Greece: Seeking the Ancient Economy (2007), two books on masculinity edited with John Salmon, Thinking Men: Masculinity and its Self-Representation in the Classical Tradition and When Men Were Men: Masculinity, Power and Identity in Classical Antiquity (1998), as well as Money, Labour and Land: Approaches to the Economics of Ancient Greece (2002), edited with Paul Cartledge and Edward Cohen. 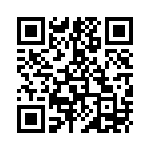