This was a thorough and detailed narrative of the naval actions during the War of 1812. There is some coverage of land battles but I would believe that every naval engagement in the war is at least ... Read full review

George C. Daughan holds a Ph.D. in American history and government from Harvard University and won the 2008 Samuel Eliot Morison Award for his previous book, If By Sea. He resides in Portland, Maine. 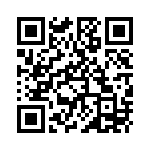