Atsushi Ogushi is JSPS (Japan Society for the Promotion of Science) Postdoctoral Research Fellow at the Slavic Research Center of Hokkaido University, Japan. His main research interests are Soviet and Russian politics, and his articles have appeared in The Journal of Communist Studies and Transition Politics, among others. 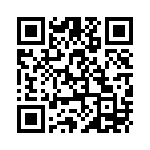