THE MEN STOOD LIKE IRON: How the Iron Brigade Won Its Name

A history of four regiments of young, independent, feisty frontiersmen from Wisconsin and Indiana, who became a proud force fighting bravely and unwaveringly in bloody Civil War battles, and winning ... Read full review

The men stood like iron: how the Iron Brigade won its name

Herdegen (An Irishman in the Iron Brigade, Fordham Univ., 1993) provides here a history of the Iron Brigade, one of the most famous brigades in the Union Army. Consisting of regiments from Wisconsin ... Read full review

Lance J. Herdegen is Director of the Institute for Civil War Studies at Carroll College. Herdegen has written for many national publications and is author of the award-winning In the Bloody Railroad Cut at Gettysburg. 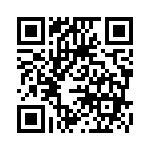