Andrew Horton is the Jeanne H. Smith Professor of Film and Media Studies at the University of Oklahoma, USA. An award-winning screenwriter, he is also the author of twnty-eight books on film, screenwriting and cultural studies, including Screenwriting for a Global Market (2004), Writing the Character-Centered Screenplay (2nd edition, 2000), and The Films of Theo Angelopoulos (2nd edition, 1999). His screenplays include Brad Pitt’s first feature film, The Dark Side of the Sun (1988), and the award-winning Something in Between (1983), directed by Srdjan Karanovic. He has led screenwriting workshops around the world as well as across the United States.

Joanna E. Rapf is Professor of English and Film & Media Studies at the University of Oklahoma, USA. She writes regularly about film comedy, with recent essays on Woody Allen, Jerry Lewis, Roscoe Arbuckle, Harry Langdon, and Marie Dressler, and has edited books on a range of subjects including Sidney Lumet, On the Waterfront, and Buster Keaton. 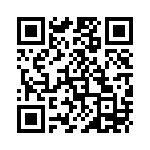