Manu V. Mathai is a Research Fellow with the Science and Technology for Sustainable Societies Program at the United Nations University Institute for Advanced Studies, Japan. 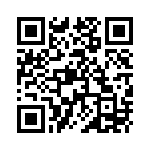