I needed a book to explain the various US Army campaigns and reservation break-outs. This is it. The maps aren't all that good, but a road map of Arizona and New Mexico helped a great deal. This book also has a clear chronology. Read full review

Dan Thrapp, who was a graduate of the University of Missouri School of Journalism, was a foreign correspondent for the United Press in Argentina, Greece, Italy, and the United Kingdom and, for a number of years, an editor for the Los Angeles Times. He wrote extensively on the West. He books include Victorio and the Mimbres Apaches, also published by the University of Oklahoma Press. 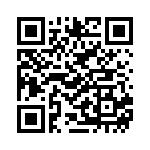