A beautiful, deeply sad book that tells the story of South Africa before Apartheid had a name, but when most of that system was functionally in place, through a few peoples' connected stories. The ... Read full review

The story of a country parson's journey to Johannesburg to find his son is told in the slow, stately rhythms of country life, and perhaps the Zulu language itself. I was moved by the ritual use of ... Read full review

Political activist Alan Steward Paton was born on January 11, 1903 in Natal, South Africa. He attended Maritzburg College and Natal University. He taught at Ixopo High School and Maritzburg College. In 1935, he was appointed principal of Diepkloof Reformatory for African Boys in Johannesburg and became interested in race relations. Although he intended to become a full-time writer after the publication of his first book, he instead became involved in politics. He was a member of the Liberal Party of South Africa, serving as vice-president, chairman, and president before the party was forced to disband in 1968 because of its anti-apartheid views. Paton is best known for his political activism and his first novel, Cry, the Beloved Country. He also wrote a second novel, Too Late the Phalarope, and two autobiographies, Toward the Mountains and Journey Continued. He died on April 12, 1988 in Lintrose, Botha's Hill, Natal. 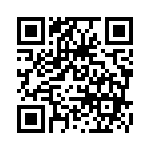