Leeming (emeritus, myth, religion, and literature, Univ. of Connecticut, Storrs) explains in his introduction that this volume includes myths that he has assessed to be part of "some of the most ... Read full review

this tells me nothing and that made me mad

David Leeming, Ph.D. received his B.A. in English from Princeton University and his Ph.D. in comparative literature from New York University. He spent eight years teaching at Robert College in Istanbul and twenty-six years at the University of Connecticut in Storrs, where he is an emeritus professor of English and comparative literature. He has traveled widely, studying mythological traditions around the world. His books include a biography of James Baldwin and many books on mythology, including most recently Myth: A Biography of Belief (Oxford 2002), Jealous Gods and Chosen People: The Mythology of the Middle East (Oxford 2004), The Oxford Companion to World Mythology (Oxford 2005), Creation Myths of the World (ABC-CLIO 2010), Medusa: In the Mirror of Time (Reaktion 2013), and a revised edition of The World of Myth (Oxford, 2014). He is also editor in chief of The Encyclopedia of Psychology and Religion (3rd edition, Springer, 2014). He resides in Rhinebeck, New York. 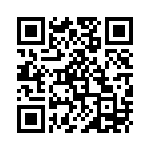