David Crystal is one of the world's foremost authorities on language, having published extensively over the past fifty years on his research work in English language studies. He has authored the hugely successful The Cambridge Encyclopedia of Language (Cambridge, 3rd Edition, 2010) English as a Global Language (2nd edition, 2003) and Language and the Internet (Cambridge, 2nd edition, 2006) among countless other books. An internationally renowned writer, editor, lecturer and broadcaster, he received an OBE in 1995 for his services to the study and teaching of the English language. He is Honorary Professor of Linguistics at the University of Wales, Bangor and was made a Fellow of the British Academy (FBA) in 2000. David Crystal is the director of the Ucheldre Centre, Wales, a multi-purpose arts and exhibition centre. 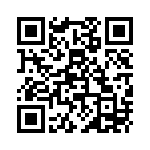