Gideon Haigh has been a journalist for almost four decades, published more than 40 books and contributed to more than 100 newspapers and magazines. His books include The Cricket Wars, The Summer Game and On Warne (which won numerous prizes) on cricket, and works on BHP, James Hardie and how abortion became legal in Australia. His book The Office: A Hardworking History won the NSW Premier’s Literary Award for Non-Fiction. He has appeared widely on radio and TV. He lives in Melbourne. 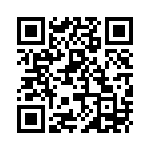