I've never read Theroux before, because I don't really identify with his cynical worldview. Or perhaps, I just get enough of that already. He is very critical of others, and not in an insightful way ... Read full review

I went into this book thinking it would be another "western man goes to Africa" tale told with Paul Theroux's signature style. Yes, that's what it was - but the layering of his experiences in the ... Read full review

Paul Edward Theroux was born on April 10, 1941 in Medford, Massachusetts and is an acclaimed travel writer. After attending the University of Massachusetts Amherst he joined the Peace Corps and taught in Malawi from 1963 to 1965. He also taught in Uganda at Makerere University and in Singapore at the University of Singapore. Although Theroux has also written travel books in general and about various modes of transport, his name is synonymous with the literature of train travel. Theroux's 1975 best-seller, The Great Railway Bazaar, takes the reader through Asia, while his second book about train travel, The Old Patagonian Express (1979), describes his trip from Boston to the tip of South America. His third contribution to the railway travel genre, Riding the Iron Rooster: By Train Through China, won the Thomas Cook Prize for best literary travel book in 1989. His literary output also includes novels, books for children, short stories, articles, and poetry. His novels include Picture Palace (1978), which won the Whitbread Award and The Mosquito Coast (1981), which won the James Tait Black Memorial Prize. Theroux is a fellow of both the British Royal Society of Literature and the Royal Geographic Society. His title Lower River made The New York Times Best Seller List for 2012. Currently his 2015 book, Deep South , is a bestseller. 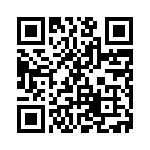