Steve A. Yetiv is a professor of political science at Old Dominion University and author of The Absence of Grand Strategy: The United States in the Persian Gulf, 1972–2005 and Explaining Foreign Policy: U.S. Decision-Making in the Gulf Wars, both published by Johns Hopkins. 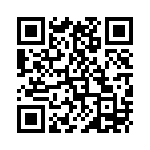