Great read - don't own because I gave it away. Got a stand-alone copy of The Long Walk though, which was my favorite story from this collection. If I could have kept just that story and the preface by Stephen King, I would have. A neat insight into what drove the use of a pseudonym. Read full review

Ok… Anyone checking out my book list will instantly notice that I am a Big Stephen King Fan. The stories in this collection are earlier works, written under the pseudonym, Richard Bachman and they ... Read full review

Stephen King was born in Portland, Maine, on September 21, 1947. After graduating with a Bachelor's degree in English from the University of Maine at Orono in 1970, he became a teacher. His spare time was spent writing short stories and novels. King's first novel would never have been published if not for his wife. She removed the first few chapters from the garbage after King had thrown them away in frustration. Three months later, he received a $2,500 advance from Doubleday Publishing for the book that went on to sell a modest 13,000 hardcover copies. That book, Carrie, was about a girl with telekinetic powers who is tormented by bullies at school. She uses her power, in turn, to torment and eventually destroy her mean-spirited classmates. When United Artists released the film version in 1976, it was a critical and commercial success. The paperback version of the book, released after the movie, went on to sell more than two-and-a-half million copies. Many of King's other horror novels have been adapted into movies, including The Shining, Firestarter, Pet Semetary, Cujo, Misery, The Stand, and The Tommyknockers. Under the pseudonym Richard Bachman, King has written the books The Running Man, The Regulators, Thinner, The Long Walk, Roadwork, Rage, and It. He is number 2 on the Hollywood Reporter's '25 Most Powerful Authors' 2016 list. King is one of the world's most successful writers, with more than 100 million copies of his works in print. Many of his books have been translated into foreign languages, and he writes new books at a rate of about one per year. In 2003, he received the National Book Foundation Medal for Distinguished Contribution to American Letters. In 2012 his title, The Wind Through the Keyhole made The New York Times Best Seller List. King's title's Mr. Mercedes and Revival made The New York Times Best Seller List in 2014. He won the Edgar Allan Poe Award in 2015 for Best Novel with Mr. Mercedes. King's title Finders Keepers made the New York Times bestseller list in 2015. Sleeping Beauties is his latest 2017 New York Times bestseller.

Richard Bachman is a pseudonym of author Stephen King. Bachman was born in New York. He spent several years serving in the U.S. Coast Guard and the merchant marine before settling down on a New Hampshire dairy farm. Bachman published four novels in paperback between 1977 and 1982. The hardcover novel "Thinner" was published in 1984. In 1994, Bachman's widow discovered a carton containing a manuscript of the novel "The Regulators," which was published posthumously in 1996. The last Bachman title, Blaze, was publshed in 2007. Bachman died in 1985. His identity remained a well-kept secret until a bookstore clerk confronted King with his suspicions that King was Bachman. The clerk, Steve Brown, could not believe that Bachman and King were not one and the same. Brown located publisher's records at the Library of Congress and discovered a document naming King as the author of one of Bachman's novels. Afterwards he sent a letter to King's publishers, with a copy of the found documents, and asked them what to do. Two weeks later Stephen King phoned Brown personally, and suggested he write an article about how he discovered the truth, allowing himself to be interviewed. This led to a press release heralding Bachman's "death" supposedly from "cancer of the pseudonym," and an article written by Brown in the Washington Post. 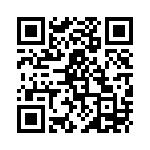