I have a friend with whom I am unable to connect anymore. He takes outrageous positions and will not engage in rational conversation. Now I know why; it's as though Mooney was writing about my friend ... Read full review

Chris Mooney is the bestselling author of The Republican War on Science, the host of the "Point of Inquiry" podcast, and the author of "The Intersection" blog for Science Progress. In addition to three books, in the past he has written for Mother Jones, the American Prospect, Harper's, the Washington Post, USA Today, and Slate. He has appeared on The Last Word, The Daily Show, The Colbert Report, Book TV, Science Friday, Morning Joe, and Fresh Air, among other programs. 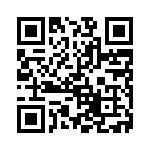